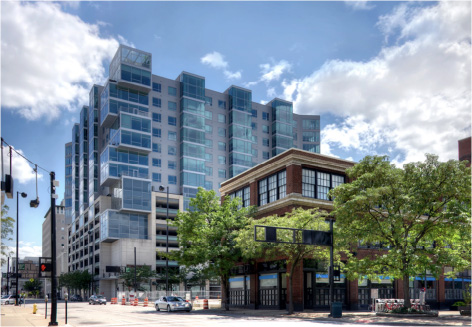 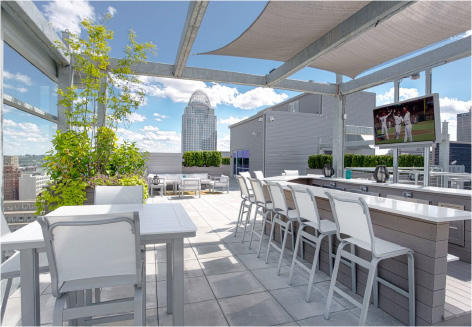 The Great Recession would also expose a new householder in great numbers: the affluent renter by choice. Market Foresight would model and represent these households for a wave of new upscale multifamily development in Cincinnati and soon in other midwestern markets. Successful developments created a collaboration of new design, mix of uses, civic support and ongoing market intelligence.

North American Properties collaborated with the NorthPointe Group, John Senhauser Architects and the City of Cincinnati to create the prominent Seven at Broadway development atop a City garage and located in the heart of Downtown. We were brought into the team by the sponsoring lender, First Financial Bank, to serve the interests of all the collaborators. Our market data sourcing, insights and projections offered support for their high expectations. The project would lead the development of smaller-inventory towers, new standards for interiors and amenities, and an impressive market impact. Upon release, Seven at Broadway had leased all 111 upscale residences within three months.

Market Foresight earned a slight but lasting compliment from the developer in a candid discussion over a year later. “Even with precise modeling, we all thought his rent projections were aggressive.  When I reread the report after lease-up, our market rents literally matched his model.” Other upscale multifamily advisory would soon include a range of products, from urban office tower renovations to more suburban, mixed-product developments as rental households realized more prominence in our midwestern housing markets.