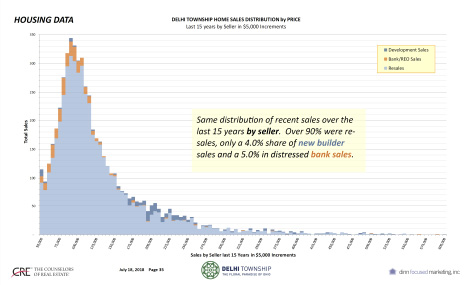 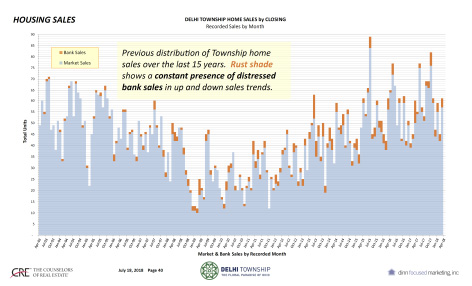 For most of my career, planning directors and civic leadership were barriers to my Clients’ site development. Yet, I understood having served on my small city’s Planning Commission and later three terms on City Council. Without greater local market awareness by staff and officials, it was and is common to deny new developments. This is changing as regional leadership now confronts changing household needs and stagnant housing circulation.

The manager of Delhi Township near Downtown Cincinnati called in early 2018 at the referral of a developer Client. Jack Cameron wanted to better understand the housing component of a significant corridor study performed a few years before, engaging Market Foresight to bring more details of housing demand and supply to their Trustees. Esri® household data and CoreLogic® property data were licensed and organized within two weeks and presented to the Township. It was clear that households were aging, employment centers remained further away and their housing stock built for families was no longer aligned to their needs.

And one site captured our attention. A large 16-acre parcel within the previous corridor was a regional grocery store soon closing. We researched the REIT owner and suggested forming a market-driven planning Studio to quickly draft a feasibility assessment. Teaming with MKSK Studios and Elevar Design Group, we aligned the housing market data outcomes to a few conceptual plans and then toured similar site housing product with the Trustees. With Jack, they stepped forward, acquired the grocery site and today is leading the development of a mixed-use community of housing with private housing experts and planning a new civic center.