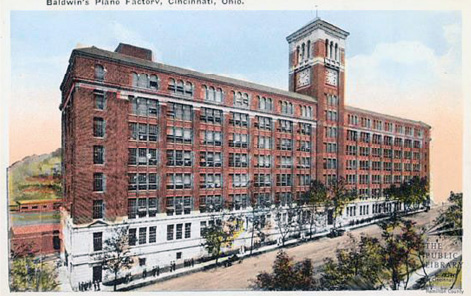 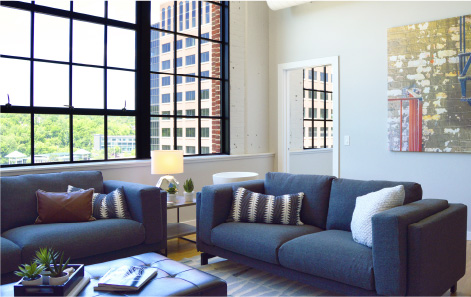 The surge in new, upscale rental households became generational. Professional working singles and couples with connection to urban employment and lifestyle were joined by a younger class of households adopting their upscale expectations as a norm. New teams of commercial and housing developers were focusing on well-positioned office buildings as the basis for new upscale rental housing opportunities.

The former Baldwin Piano factory building from the 1920’s had been redeveloped into office uses within the sought-after Walnut Hills neighborhood and designated a historic landmark. Neyer Properties teamed with CASTO of Columbus to acquire and recast the site into upscale rentals, engaging Market Foresight for a multi-stage approach to rental market intelligence. Initial housing and household data were licensed and analyzed to reveal the depth of nearby market and the value added by the prominent building. The team was then briefed on recommended rental market scenarios. Their product was aligned first with the depth of market and later the market segmentation profiles of expected tenants. The modeling was for lifestyle- and income-qualified existing renters within a 14-minute drive of the site. Our market-based base rent projections exceeded their early pro forma levels. The outcomes were then published in a detailed Market Assessment Summary report of analyses and narrative for their lenders and property management.

Today, The Baldwin enjoys peak tenant occupancy and commands some of the best rents in the metro Cincinnati urban and near-urban housing markets. The Neyer Properties-CASTO teaming continues to collaborate on new area multifamily projects in scaled residential sites and mixed-use developments.